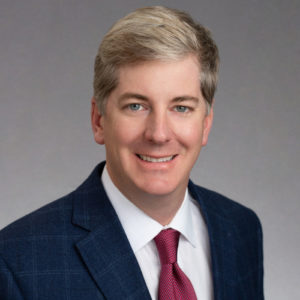 Atlanta-based Wood Partners has secured financing and is set to begin construction in Metro Center on Alta Riverwalk, a 304-unit four-building apartment development.

The buildings, for which no renderings have been released, will be located at 200 Cumberland Bend near Honky Tonk Brewing Co. The site straddles the Cumberland River Greenway, with apartment building The Duke (a second Duke building is planned) sitting to the immediate west. A spring-2022 completion is eyed.

Wood Partners paid $11.43 million for the site, according to a Metro document. The seller, an LLC, paid $8.5 million for the site in September 2019. Wood Partners will act as the project’s general contractor, with Atlanta-based Brock Hudgins as the architect. Abuilding formerly home to Metro Medical Supply will be demolished next week. Alta Riverwalk will be the fourth Wood Partners project in the Nashville region joining Alta Foundry near Midtown, Alta Union in The Nations and Alta Depot in Smyrna. The four will comprise a collective 1,129 units. The company expects to start work on buildings offering an additional 635 units by the end of 2021 and continues to seek additional development sites in the area.

The release notes Alta Riverwalk unit rents will be “attractively priced at a discount to typical rents found in downtown and Germantown.”
“Much like the Beltline did in Atlanta, I predict the Greenway is going to play a huge role in the future of our city, and we are excited to be the first community that is going to truly embrace Greenway living,” Andrew Steffens (pictured),managing director of Wood Partners’ Nashville office, said in the release. “Not only will we deliver luxury-level finishes and amenities that a renter would expect in a downtown high-rise, but also Alta Riverwalk will offer direct bike and pedestrian connection to the greenway and a suite of amenity-filled outdoor spaces.”

Alta Riverwalk will feature four different buildings, each with its own courtyard and grilling areas. Amenities will including a saltwater pool, a club room, rooftop entertainment space overlooking the Cumberland River, indoor and outdoor fitness spaces, a bike sharing program and a golf training facility and putting green as well as dog parks and dog washing area.

The development also will offer for those who work at home an “Alta Work” rental program, a new feature from Wood Partners Nashville.

Wood Partners has been involved in the acquisition and development of sites home to buildings with a collective more than 79,000 multifamily residences and a combined capitalization of more than $14.1 billion. The company owns 68 properties across the United States with a combined more than 18,000 apartment homes.

We strive to go beyond giving people a better place to live. We create distinctive communities of lasting value.
Learn More

If you are a resident with a property-related concern, please call Customer Care at:

It’s up to each person to follow the CDC and health authority best practices to limit the spread of COVID-19. At Wood Residential, LLC, we have revised and enhanced our practices to help reduce the transmission of COVID-19 in our communities. When visiting or living at a Wood Residential community, you will see heightened cleaning measures, thoughtful amenity management plans, and flexible, virtual options to communicate with our management team.

This website uses cookies to improve your experience while you navigate through the website. Out of these cookies, the cookies that are categorized as necessary are stored on your browser as they are essential for the working of basic functionalities of the website. We also use third-party cookies that help us analyze and understand how you use this website. These cookies will be stored in your browser only with your consent. You also have the option to opt-out of these cookies. But opting out of some of these cookies may have an effect on your browsing experience.
Necessary Always Enabled
Necessary cookies are absolutely essential for the website to function properly. This category only includes cookies that ensures basic functionalities and security features of the website. These cookies do not store any personal information.
Non-necessary
Any cookies that may not be particularly necessary for the website to function and is used specifically to collect user personal data via analytics, ads, other embedded contents are termed as non-necessary cookies. It is mandatory to procure user consent prior to running these cookies on your website.
SAVE & ACCEPT